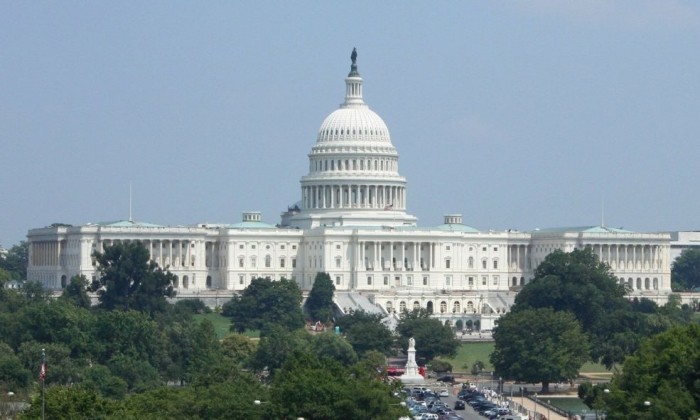 A lot of folks believe 2019 will be the best year the United States has seen yet in the realm of cannabis reform. Not only did the Democrats take back control of the House, but there are also no more Pete Sessions to block cannabis legislation from reaching the floor for debate. By all accounts, it seems likely that Congress will give some attention to pot reform in the coming months, which is a huge step forward from the stagnation the country has experienced on this issue for the past several decades.

Representative Earl Blumenauer, the founder of the Congressional Cannabis Caucus, believes “cannabis reform is inevitable.” But most of the support for changing America’s pot laws comes in the form of medical marijuana and state’s right. Although the legislation was filed recently (420 bill) intended to legalize marijuana nationwide like alcohol and tobacco, it is doubtful that the 68 percent of Congress representing states where medical marijuana is legal in some form or fashion would sign on to totally end prohibition. It’s not impossible, just not probable coming out of the gate this year.

Some cannabis advocates believe that the nation has a fighting chance at legalizing weed at the federal level this year, but with the Senate still mostly opposed to this concept that prediction sounds a little naïve. It’s not exactly a dead dog issue in the Senate, however, as a significant amount of Senators represent states that have legalized marijuana as medicine. But again, even when considering unique circumstances, it is a bit of a stretch to say with any certainty that all of the cards will fall into place in the upper chamber this year.

Still, that doesn’t mean that 2019 won’t be the best year for marijuana that we’ve seen since, well, as far as Congress is concerned.

All it is going to take to force the Senate to make a call on this issue is for the House to pass a significant piece of legislation. For now, the most likely scenario is the STATES Act or something like it. Reports indicate that cannabis lobbyists are on Capitol Hill right now trying to perused lawmakers to sign onto this bill because it is the one they believe has the best chance at getting signed by President Trump.

“The STATES Act, it’s a bipartisan bill that the president has said he will sign into law,” Cannabis Trade Federation CEO Neal Levine told The Hill. “So it’s the one piece of legislation from our intel that we think we have a legitimate chance to pass into law that would fundamentally address all of the major issues that the cannabis industry faces today,”

But even if the House were to pass STATES this year, it probably wouldn’t get very far in the Senate. Some of the leading gatekeepers in the upper chamber have the power to kill it dead.

Even Blumenauer admits that “Senate leadership remains a question.” That may be an understatement.

Last year, Senate Majority Leader Mitch McConnell said he does not have any plans to endorse the legalization of marijuana.” But he led industrial hemp back into legal territory last year. So, it is not beyond the scope of imagination that he will eventually change his mind on weed, but whether that will happen in 2019 remains to be seen. Most cannabis advocates are taking a wait and see approach the situation. Clearly, there is no way to predict how the marijuana debate will shake out before 2019 comes to a close. A recent piece from Forbes suggests that we will learn sooner than later just how much the House supports cannabis reform. “It’s really up to the Democrats to get the ball rolling. One thing is certain if they don’t budge on this issue, nobody will,” the article reads.

DISCLAIMER:
The information provided by Health for Life, its parents or affiliates (“we,” “us” or “our”) on www.healthforlifedispensaries.com (the “Site”), including this Blog, is for general informational purposes only. All information on the Site is provided in good faith, however we make no representation or warranty of any kind, express or implied, regarding the accuracy, adequacy, validity, reliability, availability or completeness of any information on the Site.  The views and opinions expressed in this Blog are those of the authors and do not necessarily our official policy or position of any other agency, organization, employer or company. Assumptions made in the blogs are not reflective of the position of any entity other than the author(s) – these views are always subject to change, revisions, and updates at any time. There is no obligation to purchase any product mentioned. The Site may contain (or you may be sent through the Site links to other websites or content belonging to or originating from third parties or links to websites and features in banners or other advertising. Such external links are not investigated, monitored, or checked for accuracy, adequacy, validity, reliability, availability or completeness by us.  We do not warrant, endorse, guarantee, or assume responsibility for the accuracy or reliability of any information offered by third-party websites linked through the site or any website or feature linked in any banner or other advertising. We will not be a party to or in any way be responsible for monitoring any transaction between you and third-party providers of products or services.  The Site cannot and does not contain medical or health advice. The medical or health information is provided for general informational and educational purposes only and is not a substitute for professional advice.  Accordingly, before taking any actions based upon such information, we encourage you to consult with the appropriate professionals. We do not provide any kind of medical or health advice. The use or reliance of any information contained on this site is solely at your own risk.